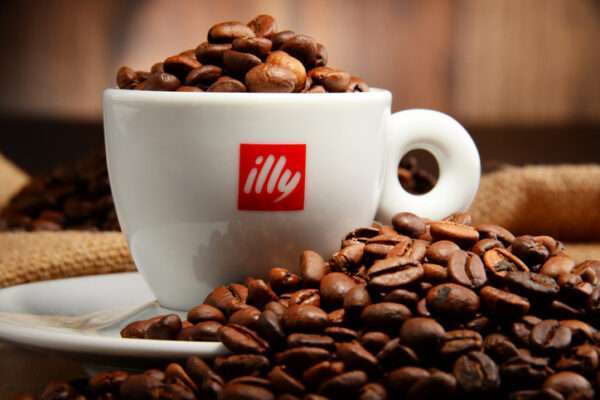 By the 1990s, Illy Coffee had become a powerhouse in the coffee world, but now the brand was picking up steam like never before. Ernesto and his daughter, Anna, began to transform coffee production in Brazil by creating direct relationships with growers to ensure the highest quality at origin. In 1992 the brand launched a new advertising campaign which emphasized their leadership both in cafes and at home.

Expanding beyond coffee itself, the company launched the Illy Art Collection beginning with their iconic cup. From that point, additions from numerous artists over the years have helped Illy consolidate the largest collection of art objects in the world!

Illy continued to innovate through the 1990s, hiring pop artist James Rosenquist to redesign their logo. Grandson Francesco Illy released the X1 home espresso machine, which remains a style icon to this day. Trieste’s Science Park area hosted AromaLab, devoted to studying each aroma in the signature Illy blend. Meanwhile, the University of Coffee was founded in 1999 to share coffee culture and knowledge worldwide.

At the turn of the century, Illy redesigned and released their 250-gram home can, later followed by a “soft can” in 2013. In 2003, the first chain of single-brand, authentic Italian coffee bars opened. Esspressamente Illy was followed in 2015 by Illy Cafe and Illy Shop. The brand soon followed up the success of their line of home espresso machines with the Moka Pot and the Mitaca. Partnering with Coca-Cola, a new line of cold bottled coffee was released in 2008.

Responding to the increasing need for sustainable sourcing, Andrea Illy pioneered the idea of certifying sustainability in 2011. In 2013 Illy joined the ranks of the World’s Most Ethical Companies, compiled each year by the Ethisphere Institute.

Today, Illy continues to pave the way to the future. The iconic coffee giant sets a standard for other companies to follow, by focusing on ethical production while maintaining quality worthy of worldwide acclaim.

Come visit us at Parlay Café, where we exclusively brew Illy!