The Story of a Hybrid, Remote Employee

The Story of a Hybrid, Remote Employee 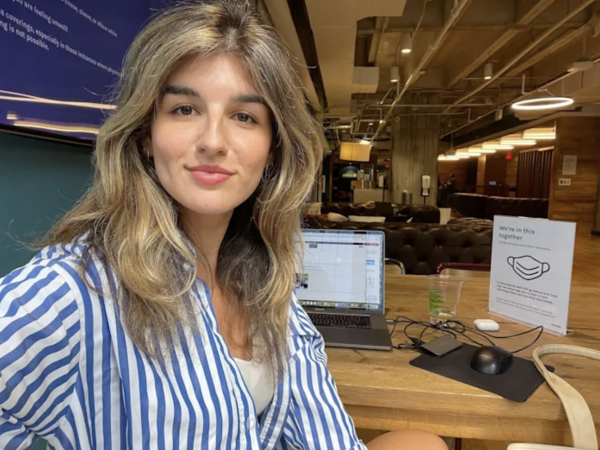 Today we are sharing a recent article from a remote worker who shares her experience trying to find a balance between the home office and a more traditional workspace.  We feel it is a testimonial to the Parlay Cafe concept…

If the goal is to break up the “sameness” of pandemic life, a hybrid office approach is a good way to go.

I remember the last eerie day I was in Business Insider’s San Francisco WeWork office on March 11, 2020.

When the shelter-in-place order went into effect 6 days later, I thought it would be weeks before I saw the inside of an office again. Instead, it’s been 15 months, a blurringly long period of isolation, hyper-introspection, anxiety, and monotony.

As Melissa Fay Greene wrote in The Atlantic recently, working from home has left many “dazed by the sameness of their days.”

The Delta variant is spreading, but a grand return to the office is still underway for some. I, a fully remote and vaccinated employee, decided it was time to safely venture into a WeWork.

My first day in an office made me reflect on the past year, the effects the pandemic has had on me, and how it feels working around people outside of my apartment.

I’m from Central Texas and moved back to Austin in January 2021 to be closer to family after three years of living in the Bay Area. That makes me a “boomerang worker,” according to Axios.

So I chose WeWork’s downtown location near the Capitol. I realized how much I missed walking to work – I could get used to a jaunt across Austin’s Town Lake in the mornings.

I’m Stumped on What to Wear

I had become resigned to throwing on whatever was easiest during the pandemic before signing on for work. In Austin, that was athletic shorts and tank tops.

In previous times, the Bay Area’s chilly weather forced me to wear at least jeans every day in the office pre-pandemic. But Austin’s high temperatures and unforgiving humidity are hard to ignore. Denim shorts felt too casual, as did workout clothes, so I settled on a denim skirt and Keds.

Once I walked into the WeWork, my worries appeared to be for naught – many were in casual shorts and athleisure gear.

Dress codes have relaxed across industries since the pandemic set in. Even Wall Street workers are swapping crisp suits for Lululemon pants and Untuckit shirts.

There was a mix of masked and maskless workers, all spaced out, with social distancing reminders. Overall, I felt very safe.

Except when I had to go to the bathroom. I was paranoid about leaving my things – including my work-issued laptop – unattended. It made me miss having the corporate WeWork lease in San Francisco with a designated office.

I also had to pack breakfast, lunch, snacks, coffee, and other necessities in a large tote. Before the pandemic, it was a no-brainer that packing and preparing for the day was part of work-life. But returning to that felt awkward and annoying.

And I sorely missed my home dual-monitor set-up.

There Was More Punctuation to My Work Day

I felt a beginning, middle, and end to my day, But I wasn’t necessarily more productive than I am at home – I’ve been conditioned to be productive wherever I work.

My day did go by more quickly. And it was oddly comforting to be in the vicinity of other humans, even if they were strangers.

Since I’m now fully remote, I’m deprived of office mate chit-chat. Even the two small coffee-maker conversations I had during my day in the office gave me life.

The Hybrid Work Model Could Be the Best Course of Action

It was invigorating to have the change of scenery and work somewhere that wasn’t a home.

If the way forward is to discover a balm for the “sameness” of our days – all 450 of which have seemingly blurred together since my last day in the office on March 11, 2020 – then disrupting my week by going into an office once or twice might be the answer.