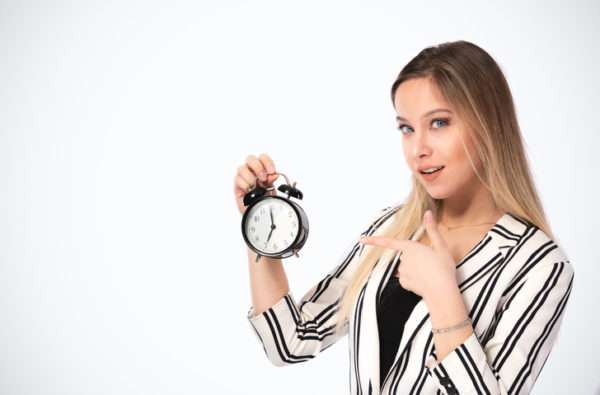 Never been to Parlay Café?  Click here for a free day pass!

If you’re like most self-employed people, a running to-do list swirls in your head at all times. Seemingly never ending, the list gnaws at your conscience from the moment you wake up in the morning. There are many benefits to working from home, but less work is usually not one of them!

So each day begins with the same challenge: You must prioritize that list, order it accordingly, and then knock as many items off of it as possible so that you can achieve the work-life balance that is so important to you.

As you prioritize your list, you must decide not only what to do, but when to complete each task. It might help to know that scientific research actually backs up an age-old adage: Yes, the early bird really does get the worm!

Research by Simon Folkard (1975) revealed that that between 8:00 am and 2:00 pm is the best time of day to perform tasks relating to short-term memory and logical reasoning. After 2:00 pm, both speed and accuracy drop off dramatically.

While little difference was found between individuals, performance did differ from one task to the next. Specifically, the more demanding the task, the earlier in the day performance peaked.

More recent research, from 2007, expanded on what we already knew about cognition and circadian rhythms. The authors (Christina Schmidt et al) noted that, “some cognitive processes are particularly vulnerable to variations in the circadian arousal level, whereas others are less or even apparently not affected.” Some highly practiced tasks were less vulnerable to the effects of time of day, while those requiring a high level of control over stimuli and response showed a definite peak in morning performance.

In other words, if you need to tackle a novel task or anything requiring more creative or flexible thought, do it in the morning.

It’s not all about short term memory processing, either. Research on Twitter posts from 2018 has also shown that emotions such as ambition and self confidence peak early in the day, whereas more negative feelings rein in the evening. That might explain the “get up and go” attitude so many of us feel in the mornings. And yet, by 5 pm or so, we joke that our “get up and go” got up and went!

Of course, we all know a little caffeine goes a long way toward boosting productivity. So if you want to capitalize on your positive mood and improved processing powers in the morning, you might be happy to know that Parlay Cafe now opens at 7:00 am. Drop in and spend your most productive hours with us, and we can achieve great things together.